Q 1. In 2016, X had 16 endorsed brands; in 2017 the number went to 19 whereas now, he is endorsing 28 brands. Flite, Bingo, Xiaomi, Kajaria Ply are some new brands signed by him. he charges Rs4-5 crore per brand. As per Duff and Phelps he is the 4th most valued celebrity. Identify X

Q 2. What is the name of the mass market apparel brand from Tatas where none of the items cost more than Rs 1000 ?

Q3. RBI Dy Governor Viral Acharya who was the youngest Dy Governor has resigned and is leaving 6 months before his term ends . Where would he be going back ?

Q4. India’s Men in Blue are carrying the logo of a Chinese brand OPPO on their jerseys, which Indian brand is seen on the jerseys of the Afghan CWC cricket team ?

Q5. Mahindra Mutual has sold 49 % stake in its AMC to Manulife. Manulife belongs to which country ?

Q6. 200 helicopters and Bahubali like sets are being installed in Auli, Uttarakhand for the wedding in the family of Gupta brothers. In which country are they being investigated in corruption scandal with the President of that country ?

Q7. Name this 10 year old startup which provides data protection on the cloud. With the recent funding it has become a Unicorn. Its founder and CEO is an IIT Guwahati alumnus Jaspreet Singh. It operates from US.

Q8. Rajan Anandan the former India Google Chief and now an Angel Investor with Sequoia as a phrase for those startups whose valuation crosses Rs 1000 crores. If a billion $ startup is a Unicorn what is a 1000cr start up called ?

Q9. Which company used to market this Cola brand in the early ’80s ? 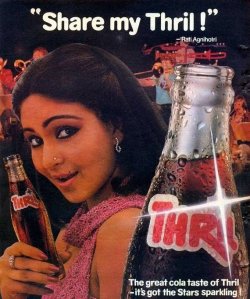 Q 10. June 21st was the 150th birth anniversary of this pioneering industrialist. Even to this day his businesses continue to thrive.

Q 12. Under what section of IT Act can investors reduce their IT on Capital Gains received by transferring assets like property or gold by investing in special bonds issued by NHAI , REC for 5 years within 6 months of the transfer ?

Q 13. Insolvency and Bankruptcy Code (IBC) issued in 2016 had also provisions for individual bankruptcies to get individuals out of debt trap. This is yet to be notified. What is it called ?

Q 14. AP based Rajya Sabha member and former Minister of Science and Technology Y S Chowdary has defected from TDP to BJP. With which business group is he associated with ?

Q 15. SEBI has brought out a consultation paper on shares with Differential Voting Rights (DVR). They have classified DVRs as equity shares with FR and SR. Expand FR and SR.

Ans. Manipal has bought TTK stake in Cigna TTK, so it has now become Manipal Cigna

Q 17. HDFC Ergo will be acquiring 51.2 % stake in Apollo Munich Health Insurance and later merged to form India’s second biggest General Insurance Co. Who is the overseas partner of the two companie that will retain its 49 % in the merged company ?

Ans. Munich Re owns both Ergo and Munich Health , so Munich Re will be the 49 % owner

Q 18. India recently increased tariffs on items imported from US in retaliation to US removing GSP to Indian imports. Which of the nuts is one of the big import items from USA affected by this ?

Ans. A Cryptocurrency launched by a consortium of 28 companies led by Facebook

Q 20. Which tech major has committed 1 Billion $ to build 20,000 affordable and other homes in Bay area, California over next 10 years to alleviate the housing crisis ?

Q 21. A decade ago, serial entrepreneur Stewart Butterfield co-founded startup Tiny Speck,which made video games that ultimately failed to catch on. But instead of giving up, he refocused the company on a chat app that his team had created to communicate among themselves. Name it

Q 22. In the context of mutual funds, what is Ulcer Index ?

Q 23. Which country’s govt has provided 208 Million $ to buy back the guns from its citizens ?

Q 24. In the context of a country’s population, what is dependency ratio ?

Q 25. Which tech major has been removed from the list of S & P’s ethical index companies because of poor scores in social responsibility and governance ?