Q 2. VVS Laxman at Eden Gardens. Which brand is he endorsing here while tweeting this picture ?

Q 3. Identify this logo and name the designer of this logo, a legendary figure.

Q 4. Dr Yusuf Hamied has been recognised by the highly prestigious Royal Society, UK as a Hon Fellow for his work in bringing down dramatically the price of anti AIDs drugs . He is the Chairman of which pharma major ?

Q6. In the era of smart phones and ebook readers, there is a lending library in Kochi which survives. Started by Luiz John 40 years ago, it was once the biggest chain of lending library with branches in many cities. It continues to be run by the founder’s son. Name it.

Q7. After weddings in the Ambani family, perhaps stork may be visiting them. Poor families buy toys, the rich acquire toy chain. Which toy chain is Reliance Retail set to acquire ?

Q8. Jet Airways has announced a temporary shutdown from tonight due to working capital constraints. Jet has assured that the frequent flier programme JP Miles is on , even though airline is temp shut down. How ?

Ans. Jet Airways has pledged 49.9% share in Jet Privilege to its JV partner Etihad. Clients can redeem JP Miles through Etihad even when Jet Airways is temporarily shut- down.

Q9. This is a 23 storey building on Nariman Point, facing Arabian Sea. It was designed by John Burgee, a New York architect in ’70s. It was the first building to have an escalator inside. It housed the head offices of the company that owned it before their HQ was moved to Delhi. It was the target of 1993 bomb blasts. It also had TCS as their tenant and TCS HQ was in this building before they moved to their own. As the parent company became sick , it was put up for sale. Employees are opposing it. LIC, JNPT and even RBI wants this iconic bldg. Name it.

Q 10. Identify this ad guru. Passionate about cricket he even played Ranji for Rajasthan. He then tried his hand at tea tasting in Calcutta. Moved to Mumbai in 82 and this creative person found his metier in advertising with Ogilvy. Among the pioneers to introduce Hindi in ads.He ran numerous successful campaigns like Luna, Fevicol, Cadbury’s , Asian Paints .His relationships with his clients have been long and he believes in ‘shower time’, i.e thinking all the time. Rising through the ranks, he never left Ogilvy, he is now in the global team.He loves interacting in person with people so is not on social media except WhatsApp. He looks for ‘secure’ people while hiring. Simple man, he loves his kachori and Teacher’s. He has a trademark moustache.His brother and sister are also known creative people. Name him.

Q 11. Who is the brand ambassador for the newly launched Kent Cameye, a dashcam that can record video and audio inside and outside the car and can be monitored remotely through an app ?

Q 12. Now you may not have to pay extra for the bag that the retail outlet charges for carrying goods bought. Which retail store/ brand was fined Rs 9000 for charging Rs 3 for a bag by a Chandigarh Consumer Court ?

Q 13. The devotional TV channels like Sanskar, Aastha and 50 others have a revenue model distinct from the other TV channels. What is their primary source of revenue ?

Q 14. Maruti largely a petrol cars player entered diesel when demand for diesel cars picked up. Come 2020 Maruti will withdraw diesel variants of its cars even though they account for a third of its sales. Why ?

Q 15. This car brand was available in India from the 1920s till 1950s imported by an Indian agent. Another brand from the same co had a JV with Premier Automobiles in 1990s but that was a disaster. This French brand has legions of stories around it. Now it is entering India. Name it.

Q 17. What are the annual awards for advertising and media given by Advertising Club Mumbai called ?

Q 18. Connect the Jalianwala Bagh massacre ,.whose centenary was observed a few days back, to the popular rum Old Monk 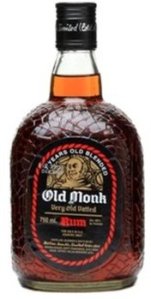 Q 19. Which company launched this plane having the largest winspan,  that had its first test flight on 13th April in California ? 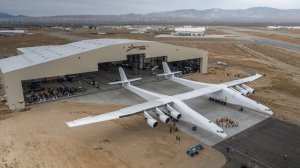 Q 20. Started in 1937 by Mussolini to make propaganda films, this 99 acres facility was where classics like Ben-Hur, Roman Holiday, La Dolce Vita were filmed. After being in private hands from 1997, it has been bought back by Italian govt. It means Cinema City in Italian . Name it.

Q 21 . Disney would be launching its streaming service in November this year. It will be priced aggressively with respect to Netflix . What will be this service called?

Ans. Wi-Fi Allance, it means nothing , it is inpired by Hi-Fi

Q 23. Who has acquired Anadarko a specialised US oil and gas firm with shale and liquefied natural gas assets for 33 Bn $ ?

Q 24. In Britain what would be accessible to people who buy Portescard being sold online as well as offline through outlets ?

Q 25. This author is the highest paid novelist. Since 1997, her books have sold more than 500 million copies and earned 7.7 Bn $. Her books have been made into movies that earned 7.7 Bn $. Based on royalty estimates she could be a billionaire but she says she is not. She also earns by writing in psudonyms. Characters created by her can be seen in amusement parks for which she receives royalty. She lives in UK. She doesn’t mind paying 45 % tax as she is grateful for social security that helped her survive before she became an author.She is very private and does not flaunt her wealth. She is known to have multiple houses and spends on designer clothes. She has a trust that works on neurological disorders because her mother died of a.disease before she became famous. Name her.

Q 26. Second born in the French family. She had a brilliant academic career , a BS in Computer Science and an MBA from Duke’s. She met her famous husband in a trade fair. She joined her husband’s co and rose to become a General Manager of Information Products.After marriage , she left the co to raise a family. She has 2 daughters and a son. In 2000, she started her philanthropic work with her husband and started a foundation. Her work makes her one of the most powerful woman in world. She even got Padma Bhushan in India. Name her.

Q 27. Tiger Woods created history by winning the Majors after 11 years. Which Indian brand/company has been associated with Tiger Woods since 2014 and continues to be ?

Q 28. Walmart has started a 48 $ subscription service to compete with online retailers. The buyers would get a box delivered every month. This box would use AI to decide the items. If the buyer keeps all , he/she will save 50 %. What would the box contain ?

Q 29. Volvo has started introducing a safety feature where a Volvo going ahead encounters a slippery road due to ice will warn the Volvos behind it coming in that direction about the slippery road. This way of communication via cloud is C2C communication. Expand C2C

Q 31. In which country  the Central Bank is now  the biggest shareholder in 50 % of the companies listed in their stock exchange via direct purchases or through ETF holding ?

Q 32 . At a time when Boeing is struggling to solve it’s Boeing 737 Max problems, which Japanese mfr’s long delayed project for short haul 88 seater plane is getting ready to be commercially launched !

Q 33. Eric S Yuan while working in Japan got inspired by a Bill Gates speech about Internet. He wanted to go to US and work in Silicon Valley. His US visa got rejected 8 times. He came to US without knowing English and joined WebEx because he could code. Yuan rose to become the Head of Engg at WebEx. He left WebEx to start his own firm . Video conference was a dream he nurtured from the ’80s when he had to travel 10 hours to see his girl friend. Yuan has realised that dream and after an IPO he is worth 3.5Bn. Name the company