Q 1. Morbi in Gujarat was the town known for being the hub of clocks manufacturing, now which industry overshadows the clock industry in Morbi ?

Q 2. In the 3 way merger between Bank of Baroda, Vijaya Bank and Dena Bank which bank’s equity will get expanded by issuing shares to the other banks’ shareholders ?

Ans. Bank of Baroda shares will be issued to shareholders of Vijaya Bank and Dena Bank

Q3. Which Indian banker calls the late Ramakant Achrekar his cricket guru ? He had to leave cricket after a head injury ?

Q4.  Under what section of Companies Act, did NCLT allow govt of India to open the financial accounts of last 5 years of ILFS and subsidiaries ?

Q6. SEBI has approved side-pocketing in mutual funds. What does it mean ?

Ans. Separation of bad or risky assets into a separate scheme in debt mutual funds

Q7. The new e-commerce policy announced by govt will benefit whom the most ?

Ans. The new policy is expected to benefit the offline retailers most

Q8. In which state are 15 miners trapped inside a coal mine since December 13 ?

Q9. Which company will be assembling iphones in India in 2019 on behalf of Apple ?

Q 10. Cabinet has cleared the Gaganyaan project in which 3 Indians will go to space by 2022. What is the budget ?

Q 12. Hyundai will launch a sporty premium hatchback named Veloster next year. How many doors would it have ?

Ans. 3 doors . One big door on driver side and 2 on the other side

Q 13. Who has been appointed by govt to head the committee to make the Economic Capital Framework of RBI ?

Ans.T he benefits of GST Rate cut are not passed on to the consumers.

Q 15. In which category is the company Studds Accessories Ltd a market leader in India ?

Q 16. In what business is the Beijing based BITMAIN ?

Q 17. Name the Indian American who is slated to take over as the President and CEO of Federal Express worldwide from January 2019

Q 18. Who has replaced Hillary Clinton as the most admired American woman in the Gallup poll of Americans ?

Q 19. Identify this airline industry icon who passed away at 87 recently . RIP 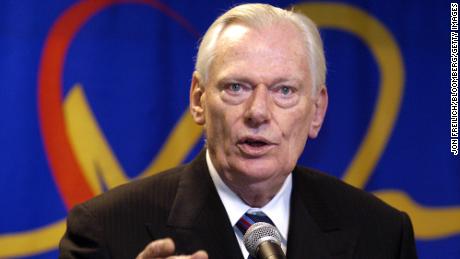 Q 20.  Name this 90 year old Canadian billionaire who started life as a used car salesman and runs a string of John Deere dealerships now and other businesses. He still drives his own pick-up truck. 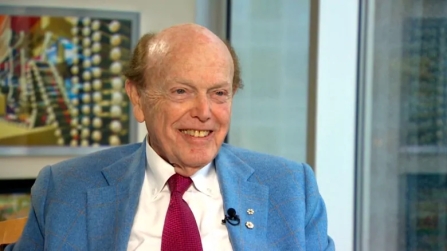 Ans. Nomophobia is the irrational fear of being without your mobile phone or being unable to use your phone for some reason, such as the absence of a signal or running out of minutes or battery power.

Q 22. When a company’s share price is ‘under water’ what does it mean ?

Ans. When the share price falls below the IPO price at which it was issued