Weekly Business Quizzes have been giving you short business updates on the current news. Most business news based questions have a short shelf-life. Here is a selection of questions which have some relevance as we enter 2018. The text in italics is a commentary, added later.

The year 2017 began with the overhang of demonetization, announced on Nov 8, 2016

2017 was a boom year for domestic aviation.

Q 2.  Which are the 5 airlines that have won the rights to operate flights to unserved/underserved airports under UDAN scheme ?

Q 3. Under what brand name will Hindustan Unilever launch FMCG products to take on the challenge of Patanjali ?

The cab aggregators Ola and Uber continued to make waves in India.

Q4. In which city has Ola tied up with Mahindra to launch a pilot project of an electric vehicle network ?

Indian business houses continued to make efforts to become MNCs, though the bets were smaller.

Q5. After 25 years , a new auto plant has been set up in to Motown of Detroit , USA. Which co has set up this plant ?

India continued to remain a difficult market for foreign retailers to enter both in terms of policy and competition.

Q6. Wal-Mart is opening its first ‘dark store’ in Bhiwandi, Near Mumbai. What is a dark store and who pioneered this concept ?
Ans. A dark store is a warehouse from where only online customers can pick up their deliveries. Tesco pioneered it in UK

D-Mart showed its capability in devising an Indian model of retailing and was amply rewarded by the stockmarkets, which had a steady growth in 2017.

Q7. Identify this legendary stock market investor who is also the promoter of D-Mart . He had a blockbuster IPO in Avenue Supermarts.

The usual round of movements in the corner rooms continued. Deveshwar after a stellar stint has appointed a successor.

Q8. Who will take over from Y C Deveshwar as the CEO of ITC Ltd ?

Infosys was always in the news due to resignations and appointments.

Q9. Identify this man in the news 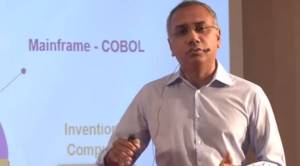 Q 10. Identify this person who has a big role to play in the success of GST

The pressures of marketplace continued to force companies to make strategic deals to acquire, divest , close, merge and reorganise.

Q 11. To whom has Hindustan Motors sold its iconic brand Ambassador at a consideration of Rs 80 crore ?

Q 12. Who will be the Chairman of the the new entity formed by the merger of Vodafone & Idea ?

Government continued to find ingenious ways of divesting their stakes in PSUs without losing control.

Q 14. Star TV’s first music channel was MTV. When they wanted to increase the Indian content, MTV disagreed. So they launched a music channel in 1990s that had a patchy success record. After 20 odd years it is closing down. Name it.

Telecom was an industry that saw a lot of pain in 2017, largely due to the Reliance Jio onslaught.

Q 15. One major source of confrontation between incumbent operators like Airtel and Reliance Jio is IUC. Expand IUC and explain.

Ans. Inter usage charge.   It is the charge one operator has to pay to the other when a call is made from one network to other.

The Tata-Mistry duel though did not occupy much of the news, attempts by the Tata-Chandra team to ring fence Tata Sons and keep Mistry at bay continued.

Q 16. What is the move proposed by Tata Sons to change its corporate legal structure ?

Ans. It proposes to become a private limited company.

India’s rockstar central banker made a guest appearance in connection with his book. His successor remained unheard and unseen right through the year.

Q 17. What is the title of the book written by Raghuram Rajan on his stint as RBI Governor ?

Hagiographies of business leaders in the name of biographies continued to be written.

Q 18. The Nationalist by Minhaz Merchant is a biography of which business leader ?

The government’s advertising engine went overdrive after they received a thumbs up from World Bank.

Q 19 . Who compiles the Ease of Doing Business report every year ?In this year’s report India has improved 30 ranks.

India kept making a virtue of their gaps in infrastructure by creating new records, such as this one.

Q20. Which Indian airport recently made a world record of 969 flights in a 24 hour period from a single runway, i.e one flight every 89 seconds ?

Q 21. Name these 2 brothers who started work in their sister’s firm Ila Arun Publicity in Jaipur as schoolgoers. Now they are advertising legends having won the prestigious Lion of St Marks , a lifetime achievement trophy from Cannes Lions

Digital payments movement continued to get the focus and also recognition.

Q 22. Along with PM Modi, one more Indian has been named in the Time 100 list of most influential people for the year. Name him

Indians got their share as thought leaders in world stage.

Q23. Who are the 3 Indians who have been named by Forbes in the 100 Greatest Living Minds ?

ISRO, the source of pride for Indians continued to make records.

Ans. Planet Labs had used the ISRO PSLV for launching 88 small satellites called doves which was part of the 104 satellites that made a record

The usually stingy Indian businessmen started opening their wealth for charity with some prod from global icons.

Q25. Nandan and Rohini Nilekani are the latest to sign the Giving Pledge, started by Bill Gates where billionaires Pledge 50 % or more of their wealth to philanthropy. Who are the other Indians who have signed this pledge ?

The quality of advertisments and TV Commercials remained pretty pedestrian overall with some good ones like Vodafone and some bizarre ones like Trivago.

Q 26. A real life elderly couple VP and Shanta Dhananjayan, who are classical dancers,  are playing a couple on a series of TV commercials having fun during their second honeymoon. Name the brand. 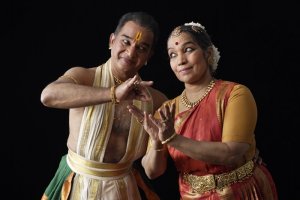 Q 27. The Trivago model is often a butt of jokes. He is not a regular model. Name him and what is his day job ?

Ans. Abhinav Kumar, He is the Country Manager for Trivago, India

Virat Kohli kept making records one after the other and topped the year with his marriage. Sindhu and Indian badminton, thanks to Gopichand, started getting serious attention at last.

Q 28. Which sportswear brand has signed a multi year endorsement deal of over 100 cr with Virat Kohli ?

Q 29. On teacher’s day which brand released an ad featuring Sindhu and Gopichand with the tagline ” I hate my teacher” ?

In a year, where most big budget movies flopped save Bahubali -2 and small movies were talked about, last year’s Dangal continued to make news.

Q 30. Which Indian film has become the biggest grosser in China among non-Hollywood films ?