Q1. Who has taken charge as the new Comptroller and Auditor General of India from August 8th ?

Q 2. One year after Ladakh was given a separate Union Territory status, the government of India has launched a scheme whose acronym is MODI under which Rs 500 crore has been sanctioned. Expand MODI ?

Q 4. Which Indian company has announced that their lady employees can avail ‘period’ leaves of upto 10 days a year ?

Q5. Which newspaper belonging to the India Today group has closed down and published its last edition last week ?

Q 6. Which eminent banker has been made the Chairman of the Expert Committee for One-time restructuring of loans that have been stressed due to COVID ? The announcement has come from RBI

Q 7. What was the model of the plane involved in the unfortunate Dubai-Kozhikode flight of Air India Express that met with an accident in Kozhikode ? The model was same as the one which had an accident in Mangalore in 2010

Q 8. August 7th  is National Handloom Day. Many states have a chain of emporia through which they market their handlooms. Give the names of the states to which these emporia belong

Q9.  I grew up in Matunga, Mumbai. I am son of a Sanskrit scholar. A CA by training. After starting my career with CRISIL, I joined HDFC Bank in 1996. I head the Finance function now. My name has now been approved by the board and RBI to succeed Aditya Puri at HDFC Bank. Who am I ? 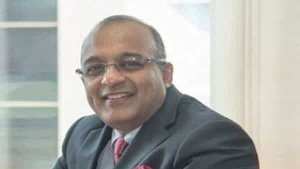 Q 10. What is the new law draft that has been put out by Australian govt that is being welcomed by the news publishing industry and opposed by Google and Alphabet ?

Ans. Sharing of digital advertising revenues with the newspaper publishers

Q11. In which country a street dog has been adopted by Hyundai as a Honorary Salesman after it used to visit a showroom regularly and made friends with the staff ? 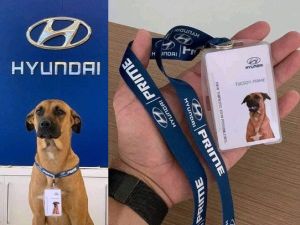 Q 12. A businessman in Texas US Lee Price III was arrested recently because he bought a Lamborgini Urus, Rolex Watch and some other luxury goods. What was his crime ?

Ans. He had taken COVID loans for his business and used them to make the luxury purchases

Q 13. Which singer has threatened to sue Donald Trump for using his songs ‘Rockin in the free world’ and ‘Devil’s sidewalk’ for using them in the rallies and events ?

Q 14. Which popular newspaper globally announced that their digital revenue have exceeded the print revenue for the first time ?

Q 15. Microsoft will be launching a cloud based gaming service soon, what will it be called ?

Q 16. On 10th August 1937, GD Beauchamp, co-founder of the National Stringed Instrument Corporation gets a patent for the first instrument that was known as the Rickenbacker Frying Pan. What popular instrument are we talking about ?