Q 1. Which company is sponsoring the Tamil Nadu Premier league a T20 tournament at the state level ?

Q 2. Which company has launched the bike Aprilia SR 150 in India ?

Q 3. What was the earlier name of RBL Bank Ltd which had an IPO recently ?

Q4. Blacklisting by which major US retailer has led to a sharp fall in the share price of India’s leading textile exporter Welspun ?

Q5. Why are the brothers Divyank and Bhavin Turakhia in the news ? 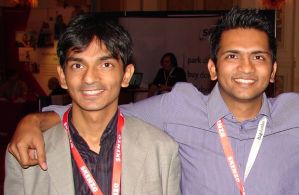 Ans. They sold their company Media.Net for 900 Mn $ to a Chinese co.

Q 6. Who has replaced Mukesh Ambani as the richest Indian ?

Q7. To whom will Rajan pass the baton after he steps down as RBI Gov next month ?

Q8. What gift has Air india presented to Olympic medallist Sakshi Mallik in recognition of her achievement ?

Q9. After the merger of Malar Hospitals with Fortis , all diagnostics will come under Malar. What will be the diagnostics co. called ?

Q 10. Which industrialist had donated Rs 5 crore to Pullela Gopichand’s academy in Hyderabad with a condition that he should get an Olympic medal?