Q 1. What is the quantum of money that Google has announced that it will invest in a digitization fund in India ?

Q 2. What consignment was carried by a special parcel train run by Indian Railways from Guntur to Benapole in Bangladesh recently ?

Q 3. As per the draft rules for working hours for labour , what has the labour ministry proposed ?

Q4. Three different brands from different companies have the same copy. What is #13thkitayyari being talked about ? 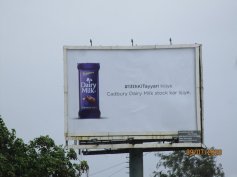 Ans. Zee was relaunching the soap operas after the break due to pandemic

Q6. Who has acquired the General Insurance Co Raheja QBE in an all cash deal ?

Ans. PayTM founder Vijay Shekhar Sharma in his individual capacity and One97 Communications, the company that owns PayTM

Q7. Which country’s government has announced a 2 Bn $ package to save their Culture sector that includes museums, galleries, theatres, movie theatres, music venues etc which have got severely impacted by COVID ?

Q8. Uber has acquired Postmates for $ 2.65 Bn $ in an all stock deal. In which business is Postmates in ?

Q9. Google has withdrawn Google Plus from the Play Store. What will you find in its place ?

Q 10. Which well known electronics giant was called NM Electronics first, initials of their founders Noyce and Moore, was later renamed as Integrated Electronics and then to its current name ?

Q 11. Which mobile phone company proposes to do away with including a phone charger in the box as already users have chargers ? This will bring down costs

Ans. B series funding of startups

Q 13. Which Indian company that has an investment by Mars is doing extremely well during the lockdown because of its range of Ready-to-eat food products ?