Q 1. Which international hotel chain has started offering food in the food delivery chain ‘ Swiggys’ in India , as a way of adapting to the post=Covid environment ?

Q2. What offers are being given by restaurants and hotels to their long standing customers to attract them when they open for business Post-COVID ? This also helps them raise some cash to meet their fixed expenses

Q3. What is the name of the Game developed by Chennai’s XR Labs that has gamified the situation of a housemaid surviving the 21 day lockdown with Rs 3000 to support her family ? The game is aimed at bringing empathy

Q4. The unfortunate gas leak accident happened in the Vizag unit of LG Polymers Ltd. Before LG bought it in 1997, it was the polymers division of a well known company between 1978 and 1997. Name it.

Q5. Artisans from which state work in large numbers at the gold jewellery hubs in Tamil Nadu, Kerala, Karnataka ? Their return to their home state will create problems for gold jewellery production and exports

Q6. Forbes Asia has come out with the list of billionaires in Asia. As expected Mukesh Ambani Is No 1 from India. Who is No 2 in this list ?

Q7. Name the vegetables market in Chennai which is one of the largest perishable goods market in Asia. Now it has been closed down as it has become an epicentre of infection of COVID

Q8. With IPL cancelled, Dream 11 game is not popular during the lockdown. However, a competitor of Dream 11 which has gone beyond cricket has had popular tournaments in PUBG, Chess and Rummy and therefore is doing well Name it

Q9. Doordarshan has seen a revival of sorts after it has started showing some old hits. Ramayan recorded 7.7 crore viewers which was second only to an American show. Which show holds the world record for number of viewers ?

Q 10. What two provisions in the Govt of India order is making companies reluctant to open their offices for 33 % of their staff that is allowed now ?

Ans. Mandatory Aarogya Setu app and Complete vacation of the office even if one employee is found infected and penal provisions against the employer

Q 11. Name the pharma company that makes Remdesivir, a drug that has shown a shortening of recovery time for Covid 19 patients

Q 12. Austria-based studio Precht has designed a maze-like park divided by high hedges that would allow people to be outdoors while maintaining social distance during the coronavirus pandemic. What is it called ? 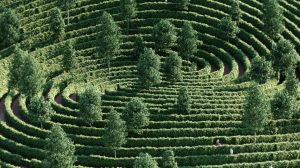 Q 13. Which global technology major has announced a holiday on May 22 to all its employees to address work-from-home related burnout ?

Q 14. During economic recessions ‘lipstick’ sales go up as witnessed during 2001 and 2008 . It is called ‘ lipstick index’ by Estee Lauder. Higher sale of ‘affordable luxury”. As lipsticks are no longer visible due to masks, sales of which cosmetics have gone up in South Korea now ?