Q 1. Which group whose Chairman died last year has put up on sale all their stakes in group companies incl Godfrey Philips due to family disputes ?

Q 2. The govt has issued an Expression of Interest inviting bidders for sale of equity of govt’s share in Air India. What % of goverment stake is being put up for sale ?

Q 3. Connect the companies Infoedge, Microinks and Surya Roshni to a recent announcement

Ans. The founders/ heads of these company have been recognised by the Govt with Padmashri this year. Sanjeev Bhikchandani ( Infoedge), ( MicroInks)  Gafurbhai M Bilkhia  and Jai Praksh Agarwal of Surya Roshni

Q 5. Which two business leaders have been selected to receive Padma Bhushan award this year under the Trade and Industry category ?

Q 6. This advertisement is taking a.dig at a.competitor who used the same event to send a message. Name the competitor brand 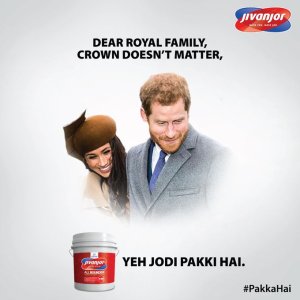 Q 8. Identify this management thinker..One of the foremost influencers of this era , his book ‘Innovator’s Dilemma’ is essential reading in all Strategic Management courses. RIP

Q9. Ashwini Iyer Tiwary the director of Bareilly ki Barfi and this week’s release #Panga will be directing next the biopic of a couple. The husband is a respected business leader and the wife is an author and social worker. Which couple are we talking about ?

Ans. From Oberoi to Oyo

Q 11. What did.Christopher Messina use in a tweet in 2007 for the first time that later became very popular in social media ?

Q 12. Uber has started testing a new feature where it is allowing some California drivers to set their own fares. Why is it doing so ?

Ans. To prove Uber’s argument that these drivers are independent workers and not employees. The feature is “to preserve flexible work” for California drivers.

Q 13. Pellegrini’s an Italian restaurant in Australia baked a 336 foot pizza that yielded 4000 slices. To whom did they donate the proceeds of the sale ?

Ans. The Firemen helping in putting out the Bushfires in Australia

Q 14. Which fund house globally has made an announcement that they would divest their investment in any company that earns more than 25 % of its revenue from coal ?

Q 15. It is named after a place in China. It is produced in a Govt owned distillery. It is the largest selling liquor in China and it is exported too. It is the only liquor presented as a gift by govt to any foreign visitors. It has many sub-brands. Name the mother brand

Q 16. Why has John Kapoor, an Amritsar born, Mumbai educated pharmacist been convicted in the US ?