Q2. Ratan Tata before taking over as Tata Sons Chairman had identified petroleum exploration as one of the sunrise areas for Tatas to enter. They entered by incorporating a company Hi-Tech Drilling Engineers and used to take up contracts. Now it is part of which company?

Q3. In 1996, Lakme was sold by Tatas to Hindustan Lever ( now Unilever). The money received was invested by Simone Tata in starting a new business that began by acquiring Littlewoods’ India operations. What company was started then which has grown quite big now?

Ans. Trent Ltd that has the Westside retail chain

Q4. At a time when entering India was tough particularly in low tech FMCG goods, Pepsi entered India in the 1990s as a JV with Punjab Agro and a Tata company. Which Tata company was Pepsi’s JV partner?

Q5. Tatas have promoted sports and sportsmen over the years. One of the Tatas was very keenly associated with hockey and he was head of Indian hockey federation for 15 years and Vice-Chairman of the Intl Hockey Federation. Tatas have a hockey academy in his name

Q6. Minoo Masani, an employee of Tatas and friend of JRD Tata joined politics and contested elections as a Swatantra Party candidate. To avoid conflict of interest he floated a consultancy firm that did HR consultancy and recruitment for Tata Companies. What firm was floated then and even logo was designed by JRD Tata?

Q7.Which Tata Group company has a presence in the entertainment business through its VFX and Animation division called Visual Computing Lab that has worked in many Indian and Hollywood films?

Q8.Tatas had started a company in 1957 to provide legal, business advisory and other services to Tata companies. This company was known for its Annual handbook of Statistics on Indian Economy. Recently Associated Buildings, the owner of Bombay House was merged into it. Name it.

Q9. A Tata Group company after a series of deals has finally become a part of Mukesh Ambani’s Network 18 Group now. Name the original Tata company and the current name of the company

Q10. Which Tata group company is a pioneer in finished leather and leather products exports and supplies footwear and leather garments to premium retailers like Marks and Spencer, Zara? Its factories are in Dewas and Chennai

Q11. Which Tata company floated by Tata Power in the early 1990s supplies fine tableware and crockery to Rashtrapati Bhavan and leading five-star hotels in India and abroad?

Q12. Identify this logo. This company was a pioneer in electricity generation in 19th century US…It supplied equipment and computers to Tata Electric. It had a JV with Tata Sons and IFC in India. This JV was later acquired by TCS. Recently it was trying to supply nuclear plants to India 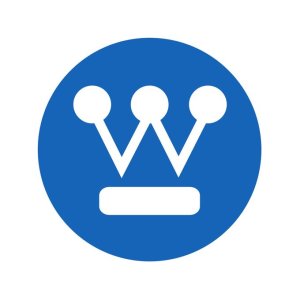 Q13.Besides ACC in which Tatas had a stake, .but never directly part of Tata Group, Tatas produced cement arising out of the by-products from two companies. Tata Steel was one, which was sold to Lafarge. One Tata company continues to market cement. Name the co and the brand.

14. Tatas had got a licence to set up a gas-based fertilizer plant with natural gas coming through the HBJ pipeline. Tata Chemicals set this up in Babrala,.UP. Later Tatas decided to sell it off. Who owns this plant now?

Q15.Which international publication’s Indian edition was owned by the Tata Group but in the early 2010s sold to Living Media, publishers of India Today?

Q16. Metal Box, a leading packaging company of yesteryears, diversified into bearings in 1978 by setting up a plant in Kharagpur, WB. After the company became sick this plant was taken over by Tatas in 1983. Now it is a part of which Tata company?